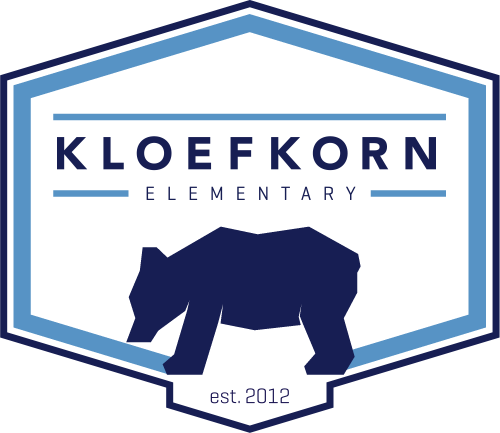 The Parent/StudentVUE portal is a component of the LPS Student Information System that allows parents/guardians to:

Born in Attica, Kansas on August 12, 1932, William “Bill” Kloefkorn left small-town life quickly behind.  Kloefkorn earned Bachelor’s and Master’s degrees at Emporia State University in Emporia Kansas, and did additional graduate work at the University of Kansas and the University of Nebraska – Lincoln.  Nebraska Wesleyan was Kloefkorn’s teaching home base for over 40 years, where he taught writing and literature until his retirement in 2002.  Bill was known for fostering creativity and excellence, and he inspired generations of students to work carefully with poetry.
Kloefkorn received two honorary doctorates, one from Nebraska Wesleyan and the other from  Midland College in Fremont.  In 1982 he was named the Nebraska State Poet by the Nebraska Unicameral.  He was the recipient of numerous awards both local and national, and published nearly 44 works, including memoirs, short stories, children’s Christmas stories, and collections of poetry, in addition to being included in many publications and anthologies.  In particular, Kloefkorn loved nature and people, and used his powerful observational skills to vividly recount stories, images, and ideas.
Although he was an accomplished poet, Bill saw teaching as a vocation every bit as significant as writing, saying “they fed into each other.”  When asked what Bill loved most, wife Eloise said, “Teaching.  Bill just LOVED to teach.  From five to ninety-five – he didn’t care how old.  He taught up until the last breath that allowed him to do so.  He just loved it.”
Kloefkorn initiated the ‘Poets in the Schools’ program, and conducted workshops for grades K-12 both in Nebraska and across the nation.  Kloefkorn loved to work with children of all ages, but admitted once that fourth graders proved his favorite, because of “their bright imagination, fair vocabulary, and decent focus.”  Children often delight in learning about Kloefkorn’s passion for nature; hog-calling; and kite-flying.  Kloefkorn was a decorated poet, but perhaps some of the magic of his character is that he remains accessible and relevant across generations, locations, and ideologies.
Though Bill had a large physical presence (and was once a football player) and deep, sonorous voice (allowing him to do a brief radio stint and many popular NPR broadcasts), he perhaps resonated even more deeply in the hearts of the people with whom he lived and worked and engaged.  Bill Kloefkorn and his wife Eloise have made Lincoln their home for more than 60 years, where four children, eleven grandchildren, three great-grandsons, and an ever-growing number of Kloefkorn Cubs carry forth the torch of Kloefkorn’s legacy of love for interaction, community, and learning.
When Bill learned a school was to be named in his honor, his family has said that he was both very pleased and extremely humbled.  Bill passed away on May 19, 2011, and while he never saw the school built, he was able to survey the earthwork at the construction site as early work began.
While Bill could have wielded his words as a sword, he instead carefully chose language that was colorful and beneficial to purposes of construction, encouragement, growth, refinement, and sharing.  As he said it best, he had a deep “Love for All Things Warm and Breathing.”

My Love For All Things Warm and Breathing

by William Kloefkorn
I have seldom loved more than one thing at a time,
yet this morning I feel myself expanding, each
part of me soft and glandular, and under my skin
is room enough now for the loving of many things,
and all of them at once, these students especially,
not only the girl in the yellow sweater, whose
name, Laura Buxton, is somehow the girl herself,
Laura for the coy green mellowing eyes, Buxton
for all the rest, but also the simple girl in blue
on the back row, her mouth sad beyond all reasonable
inducements, and the boy with the weight problem,
his teeth at work even now on his lower lip, and
the grand profusion of hair and nails and hands and
legs and tongues and thighs and fingertips and
wrists and throats, yes, of throats especially,
throats through which passes the breath that joins
the air that enters through these ancient windows,
that exits, that takes with it my own breath, inside
this room just now my love for all things warm and
breathing, that lifts it high to scatter it fine and
enormous into the trees and the grass, into the heat
beneath the earth beneath the stone, into the
boundless lust of all things bound but gathering.
“My Love For All Things Warm and Breathing” by William Kloefkorn, from Cottonwood County: Poems by William Kloefkorn and Ted Kooser. © Windflower Press, 1979.

From Alvin Turner As Farmer

I am a dirt farmer
Who dreams of poetry.
Is that so strange? Is anything?
I have bent myself thankfully
Over the heat of cowchips.
When the Lespedeza flowers
I breathe its blooms
The calf I winch to birth
Grows legs like oaks to graze on,
And stuck hogs bleed for breakfasts.
This morning at milking
I kiss the cow’s warm flank
And she kicked the milk to froth beneath my knees.
I forgave her,
Then cried with the cats.
Now the manure is in bloom,
Thistles defend the driveway,
And corncobs gird the mud beneath my boots.
Plotting harvests,
I roam my acreage like a sweet spy.